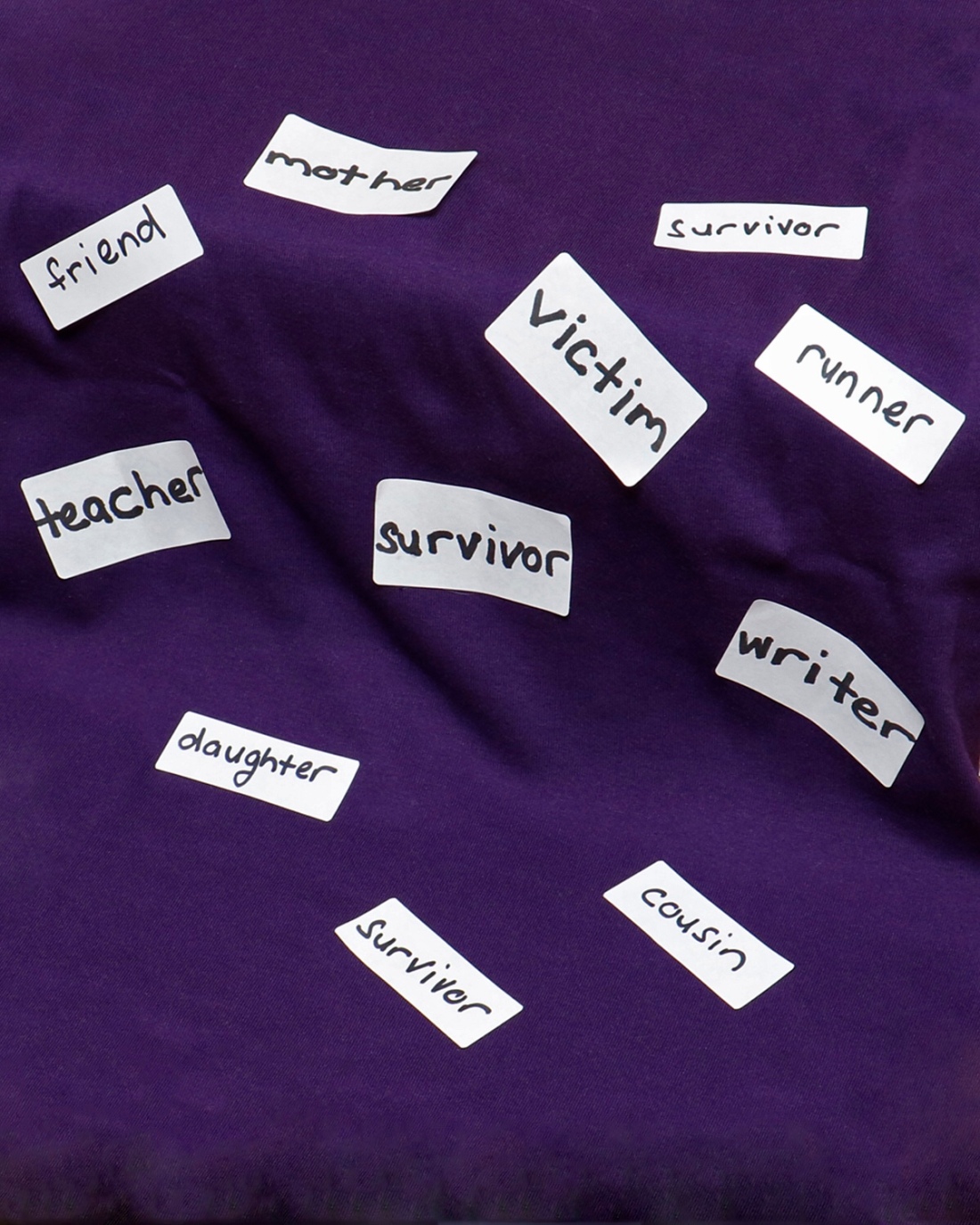 After a night I would like to forget, I was shaken to receive a phone call from a victims’ advocacy group.

I remembered previously telling a friend that the treatment I suffered in my marriage was not clear cut abuse. She had not been convinced.

I had been through hell, but I was not a victim.

As an ELA teacher and an avid reader, I believe in the transformative power of words. Every September, I have my students complete an I Am poem, and I model my own. It is a compelling activity. The words we choose allow us to define ourselves.

I am a mother. A teacher. A runner. A writer. A daughter. A sister. A cousin. A friend.

I am empathetic, intelligent, and funny. I am a work in progress.

I, like many of my pre-teen students, take pride in listing my roles and traits. There is something about seeing a list of intangible concepts on paper that give those qualities tangibility and meaning.

On the other hand, as a middle school teacher, I also understand the drawbacks of labels. Labels reduce our three dimensional selves to one word and make it easy to pigeonhole or stereotype people. And I had.

I am a professional. I am educated. I am middle class. I couldn’t possibly be a victim of abuse. Victims are weak. Victims are vulnerable. Victims are pitiful. I refused to identify myself as a victim.

Every morning, I woke early, exercised, completed my household chores, dressed, and got my babies out the door, typically before 7:15. I went to work and masqueraded as a normal person, even though that morning my husband didn’t arrive home until I was leaving. Or my husband refused to get out of bed because he came home intoxicated at 2 am. Or the night before, I found bar or strip club receipts, again. Or I uncovered yet another lie. I went to work and masqueraded as a functioning person, when, in reality, my life was falling apart.

But our family photos on Fakebook were beautiful, and I always wiped my tears, redid my makeup, and put on a smile before attending a party. I looked normal. But my life wasn’t.

“Be kind, for everyone you meet is fighting a battle you know nothing about.”

Abuse insidiously propagates in the dark spaces created by fear, shame, and silence. My own abuse resided in that darkness. For so long, I was embarrassed to share the painful secrets of my marriage. When I finally began to open up, I saw horror and sadness reflected in my friends’ faces. Mine were not the problems of a typical marriage.

The stigma of being a victim also prevented me from calling the police, even though I should have multiple times. One day, replaying an incident that had made me feel powerless and weak, I vowed if I was locked out of my house again, I would call the police. When I was and I did, at least four police cars showed up at my door in my middle class suburb; my neighbors texted to make sure we hadn’t been robbed. No one could have imagined that their jovial neighbor was vicious behind closed doors.

My husband told the police he locked me out because I was belligerent. It was for my own good. Most of my marriage I weighed less than half of my husband’s weight. And if belligerence means meekly crying because your marriage is a wreck, his description was an accurate one. I was so exhausted by the litany of paperwork to be completed that I couldn’t imagine having to also press charges.

Then, as is often the case, the abuse ceased momentarily and, subsequently, intensified. The marriage counselor had often said I would need a push to get me to end my marriage. I did not know it would be a literal one. Or that for months afterwards, my son would remember and discuss the incident he had witnessed.

When I began to see a new therapist and revealed to her the inner workings of my failed marriage, she explained that I had been a victim of abuse. I started to cry because I still was not ready to admit the truth. She said, “I want you to know because you need time to heal and be kind to yourself. If you don’t want to say you are a victim, you can say you were victimized.”

She described Dr. Lenore Walker’s cycle of abuse theory. The theory asserts that abuse cycles through three stages: tension building, acute battering, and the honeymoon/reconciliation phase. The cycle of abuse explained the box worth of apology cards I had received since having my children. Of course, a genuine apology holds with it the promise of attempting to refrain from the offending behavior. I had received boxes of platitudes, a manipulation so I would stay despite abuse.When I started to further explore domestic abuse, I realized my perception differed greatly from the reality. Domestic abuse can vary; it may include violence, sexual, or financial abuse, but it always involves the use of power and control to intimidate and subjugate victims. The more I read the descriptions of abuse, the more accurately they matched many unhappy and horrific moments of my marriage.

Ultimately, with a wonderful support system, I found the courage and the strength to break through my own prejudices and fears and free myself.

People talk about walking out of a marriage.

Walking out of a marriage is not an accurate depiction of my journey. Instead I crawled my way out.

I had been buried alive. There was a heavy weight on my chest. I was suffocating. Scared. Alone. In the dark. I began digging, scratching, and clawing my way out. The silence was thunderous. I was screaming into blackness, choking on dirt, and spitting out mud. Finally emerging with my spirit scarred but still intact. I was no longer a victim.

Sometimes labels, even the ones we reject, empower us.